Was jonesing to freshwater fish one of the lakes in Montauk and finally did. I actually never fished it but heard it holds some nice carp and walleye. So, I geared up, loaded the yak on the new SUV, which wasnt the best plan, and headed out.

Yep, as soon as i was all geared up, it rained just as I got to the launch spot. Fun. Anyhow, fished for Walleye and Perch and other in season species and bagged and released two perch in the rain and one lunker (not really a lunker). Something massive jumped behind me which has me stoked to return on a nice day that I have more than two hours to fish. Perhaps a huge carp or a bass. I dont know.

After the rain and lunch, the sun appeared and I hit one of the southside beaches to surf fish and get the winter kinks off the surf gear. No fish from the surf for me but watched as the weather cleared and people came out to enjoy the beach and surf some waves.

Anyone want to hit the lakes there this summer, Fluke season will be open soon and have charters available.  Holla via email or instagram or the phone. 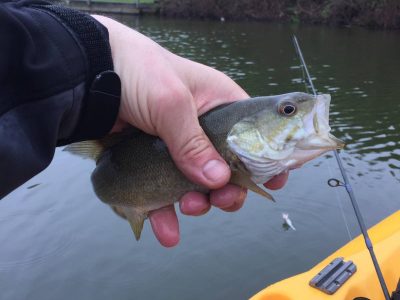 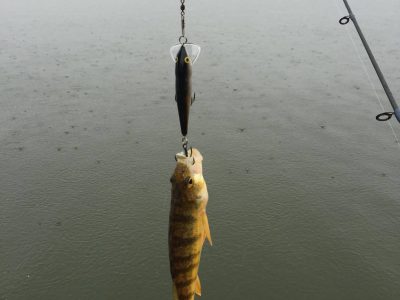