Another Tourney in the books. This past weekend was the South Shore Classic sponsored by the Fisherman Magazine and NY State Parks. Thanks to Fred G and his staff as well as the Parks for hosting another awesome surf fishing event.

Starting on Friday, I hit some of my favorite south shore spots. With west winds whipping down the Ocean beaches and churning up the sand, the bite wasnt great. I then went to some of the back bay spots and was similarly displeased with the way the winds and the way the color of the water. I once again relocated to an area that has some cove like structure and found pods of bunker and clearer water with less winds. Immediatley getting into the fray, I didnt find much on the bunker but was able to watch a beautiful sunset and got some great photos.

Fished for a few hours at night and met up with Jimmy A aka Dingo. With Jimmy all geared up and signed up for the tourney at Captree bait and tackle (thanks guys for keeping the shop open 24 hours over the weekend), we hit the sand beach and walked out to the point and rips. While we didnt find the bass we were looking for, we caught several large shad that were blasting A-47 jigs thrown into the rips. We also caught Fluke that were aggressively gorging on sandeels. In addition, a few skates were hooked as well as sea robins and surprisingly large conger type eels. Basically everything but Bass and Blues at that juncture. In fact, and overall, the Blues were non existent for most casters over the weekend.

The winning 37lb bass was caught on Friday and held first throughout the weeekend. Congrats to that angler and the rest of the winners in the top three bass and blues and of course the winners in the catch and release division. This wasnt the easiest tourney for everyone as the winds were whipping and the temps dropped to 37degrees on Sunday morning. Actually spotted a few flurries in the parking lot of Captree after the ceremony. Fret not as we are expecting temps to the 70s by Friday, so the say. In sum, an interesting and challenging but fun weekend during the South Shore Classic. All fish released and a few nice photos below. Till the next adventure….. 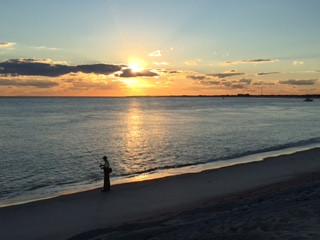 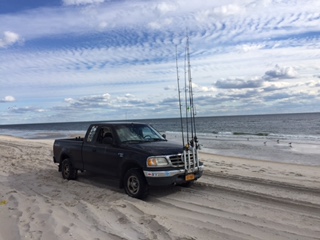 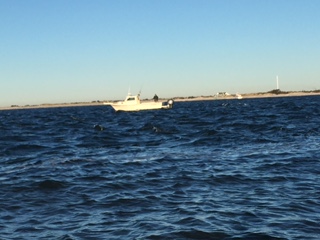 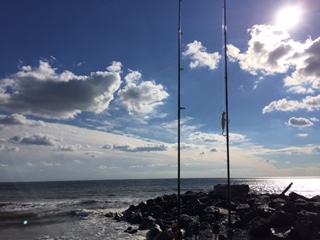 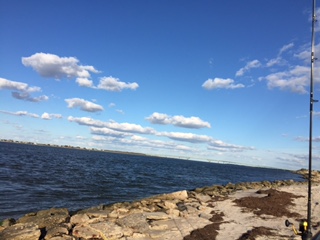 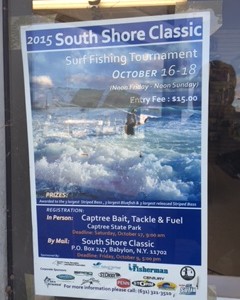