While the kayak fishing has been challenging and somewhat non existent due to the rough weather, there has been no shortage of fun in the surf fishing scene.

Starting with the Montauk Classic which is one of the three classic tourneys put on by the New York State Parks (MTK, Southshore, Jones Beach), it was mainly about the large blues caught on the Northside. This year the winning bluefish broke the 19lb mark so congrats to the winner for that fete and to rest of the top place winners in the blue and bass divisions. The following weekend brought in rough seas and weather from storm Joaquin which caused Paulies tourney to be postponed to October 10. Although the winds were whipping and the heave was legit, the weather pushed a ton of bait and larger bass against the rocks each morning for several days. With many spots crowded, rods were bent and some personal bests were caught with many fisherman throwing 3 oz bucktails. My friend Lock’s cousin Max joined the fray and was able to show him via photos why he should have made the trek. Max caught and released several bass from different spots in less than ideal conditions. However, the sun was shining, the foam was white and the water was bearable so all made for a great day. Paulies tourney started on Fri Oct 10 at noon and once registered and geared up, I hit a spot I thought would have less crowds and some good action. Second cast on a Super Strike Popper and a large blue smashed it way out and started his many acrobatics on the way in. Thinking you never know what will hold or not in a tourney, I did my best to keep the line tite as he tried to shake off the lure during every aerial. About 20 yards out and towards the end of the battle, the blue finally completed his successful escape and took off like a champ. Immediately after, a dark cloud hovered above and delivered some rain and lightening which meant time to wrap it up and meet up with Doylestown Dave from PA. Waiting out the storm, we grabbed a bite at Shagwong Bar, talked about the game plan and checked out some cool pics of the coastline and lighthouse pre Army Corp of Engineers. With predictions of the weather clearing up by 10pm and the fact that Dave never fished Montauk (but has fished or kayaked most everywhere else around the Northeast), he was all signed up and eager to hit it hard. While the nightbite was slow, we hit some backbays in the am and then finally found some action on the sandbeaches in the afternoon. Our first visual was that of bait flying out of the water at the sands edge and then large tails in the surf and foam which turned red quickly. Without missing a beat, we got right into the mix and had rods bent as large blues were mauling bunker both in close and out far. Bunker were swimming for their lives and taking to the shallow troughs for temporary safety only to encounter waiting maulers as the wash took them back out. Dave decided to go with a deadly dicks lure and pulled an alpha blue out of the mix which ended up weighing 13.58 pounds. Impressive first Montauk blue and way to take third place in Paulies Tourney. With nothing being wasted, the fish went to a friend who was eager to start fileting and grilling at his beach BBQ. Congrats to the other winners in both divisions as well and thanks to Paulies for hosting (open around the clock for the weekend) another fun and successful tourney. After the ceremony and with the sun still shining, we attended the annual Montauk Fall Fest and met up with some fellow casters who all seemed to be having the perfect weekend of fishing, family, friends and fun. Tite lines all…. 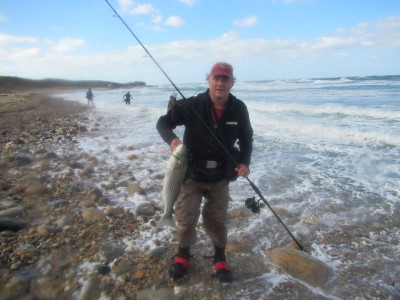 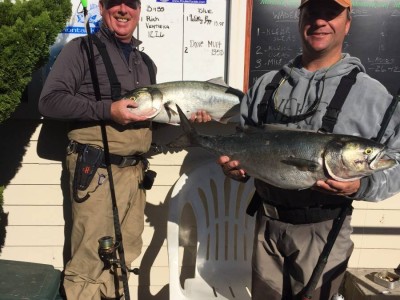 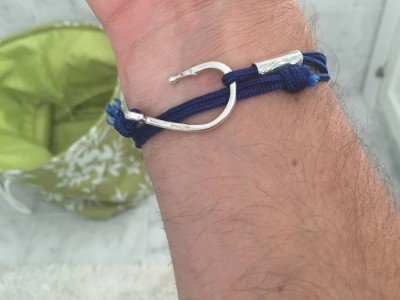 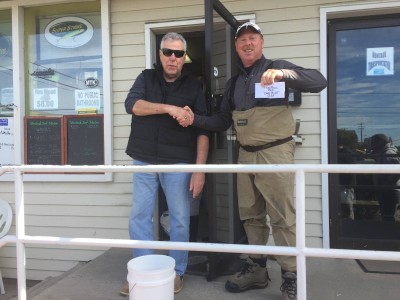 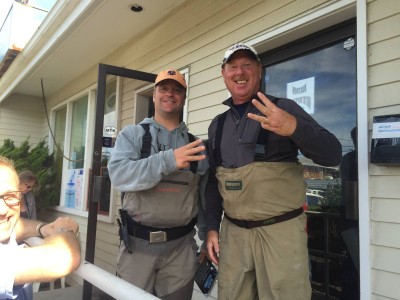